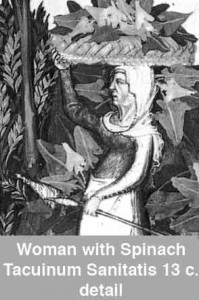 Marlon M. Bailey earned a PhD in African Diaspora Studies with a designated emphasis in women, gender, and sexuality at University of California-Berkeley. He has continued to write and teach.

Clare Bayard is an organizer and trainer with the Catalyst Project. Clare has played a lead role in forging alliances between mostly white global justice and anti-war groups with immigrant-led economic and racial justice organizations. As a member of Catalyst, Clare has served for over six years on the national committee of the War Resisters League supporting counter-military recruitment and G.I. resistance organizing.  Clare works closely with Iraq Vets Against the War and has written widely on G.I. resistance and anti-war organizing.  Clare worked for many years with Food Not Bombs and was a participant in the Mission Anti-Displacement Coalition fighting against gentrification and for community power in community planning. Clare played a leading role in building relationships between Food Not Bombs and the Day Labor Program and Coalition on Homelessness. Clare was a member of the anti-racist/anti-imperialist Heads Up Collective in the Bay Area that bridged organizing for economic and racial justice with global justice and anti-war organizing.

Silvia Federici is an Italian feminist, co-founder of the Committee for Academic Freedom in Africa and the Radical Philosophy Association’s Anti-Death Penalty Project. She teaches International Studies and Political Philosophy at Hofstra University in New York. She is a leading autonomist Marxist scholar. Caliban and the Witch expands on study done with Leopoldina Fortunati, and builds off the work of Mariarosa Dalla Costa and Selma James of the Wages for Housework campaign.  Federici lived for three years in Nigeria where a campaign of misogyny accompanying the attack on communal lands under the direction of the ‘structural adjustment plan’ enabled her to understand the adjusting structures of European capitalism at its violent beginnings.

Leslie Feinberg came of age as a young butch lesbian in the factories and gay bars of Buffalo, N.Y. in the 1960s.  Since that time, Feinberg has been a grass roots activist and a journalist. Ze is known in the lesbian, gay, bisexual and transgender movements in the U.S. and countries around the world.  Feinberg is author of Transgender Warriors, Trans Liberation and the underground classic Stone Butch Blues. One of Curve magazine’s fifteen most influential in the battle for gay and lesbian rights, s/he is also winner of the ALA Gay and Lesbian Literature Award, the Lambda Literary Award, and the Firecracker Alternative Book Award for nonfiction.
S/he is well known in the U.S. and many other parts of the world as an activist who works to help forge a strong bond between the lesbian, gay, bisexual and trans communities.  As a trade unionist, anti-racist and socialist, Feinberg also organizes to build strong bonds of unity between these struggles and those of movements in defense of oppressed nationalities, women, disabled, and the working-class movement as a whole. Feinberg has worked for more than three decades in defense of the sovereignty, self-determination and treaty rights of Native nations and for freedom of political prisoners in the U.S.  Ze is an internationalist and has been part of the anti-Pentagon movement since the U.S. war against Vietnam.

Audre Geraldine Lorde, one of the 20th centuries most lyrical and vibrant poets, was born February 18, 1934 to Caribbean immigrants who had settled in the New York neighborhood of Harlem. She grew up during the Harlem Renaissance and later graduated from Columbia University and Hunter College.
In the 1960s when she was in her early 30s, she was married and gave birth to her children, Elizabeth and Jonathan; she ended her marriage after eight years and came out as gay. She worked as a librarian before accepting a teaching position at Tougaloo College in Mississippi.  Lorde went on to co-found institutions the Kitchen Table: Women of Color Press, and the Sisterhood in Support of Sisters in South Africa. She was one of the speakers at the first national march for gay and lesbian liberation in Washington DC in 1979.
Having described herself as a “Black lesbian, mother, warrior, poet,” Audre was given the African name Gamba Adisa, meaning “Warrior. She Who Makes Her Meaning Clear.” In The Cancer Journals, Lorde documented her fourteen-year battle with breast cancer, which ended November 17, 1992 in St. Croix, Virgin Islands.

Mattie Udora Richardson (b. 1969) is a writer, activist, and professor. Her work has appeared in a variety of anthologies, including Every Woman I’ve Ever Loved: Lesbian Writers on Their Mothers, Does Your Mama Know: Black Lesbian Coming Out Stories, Sisterfire Black Womanist Fiction and Poetry, and This Is What Lesbian Looks Like: Dyke Activists Take on the 21st Century. She is a former associate editor at Kitchen Table Women of Color Press.

Laura Whitehorn, an anti-imperialist activist, served nearly 15 years in prison for militant actions against U.S. policies during the 1980s. For many years before that, she was active in a variety of radical organizations, including the Weather Underground and the John Brown Anti-Klan Committee. Released from prison in 1999, she lives in New York City with her partner, Susie Day. Whitehorn is an editor at POZ magazine, a national source of information and news about HIV, and works with other activists in the New York State Taskforce for the Release of Political Prisoners.