George Katsiaficas in his own words: “I have been active in social movements since 1969 when I participated in the anti-Vietnam movement. A target of the FBI’s COINTELPRO program (Counterintelligence), I was honored to be classified ‘Priority 1 ADEX’ meaning in the event of a national emergency, people like me were to be immediately arrested. For 11 years, I worked in Ocean Beach, California … in a radical countercultural community that fought against war, police brutality, and rape as we built up a network of alternative institutions (free school, food store, bookstore/cultural center and others). After living in Berlin for 1 1/2 years and learning first-hand about the autonomous movement there, I wrote about that movement (The Subversion of Politics: European Autonomous Social Movements and the Decolonization of Everyday Life). For years, I was active for the cause of Palestinian rights. A graduate of MIT and UCSD (where I studied with Herbert Marcuse), I wrote … The Imagination of the New Left: A Global Analysis of 1968. I have been teaching at Wentworth Institute of Technology in Boston.” –ErosEffect.com 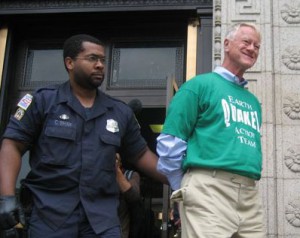 George Lakey is the director of Training for Change. He began his career as a trainer at the Martin Luther King School for Social Change, and has since gone on to lead over 1000 workshops on five continents. He has run trainings for coal miners, therapists, homeless people, prisoners, Russian lesbians and gays, Sri Lankan monks, Burmese guerrilla soldiers, striking steel workers, South African activists, and others. Trained as a sociologist, he has taught at the college and graduate level and is the author of six books. He consults regularly with a wide range of nonprofit groups.
George is a white working class feminist, anti-racist gay man and has given leadership to a number of social change movements. In late 1989 he led a team of Westerners in Sri Lanka who for 24 hours a day accompanied human-rights activists at risk of assassination. He has done neighborhood organizing, once successfully preventing tree cutting and another time creating a neighborhood festival to celebrate ethnic diversity. He co-founded the Movement for a New Society, which for nearly 20 years specialized in organizational innovation. He founded and directed the Philadelphia Jobs with Peace Campaign, a coalition of labor, civil rights, poverty and peace groups. He was a designer of and staffed the Campaign to Stop the B-1 Bomber and Promote Peace Conversion, which mobilized sufficiently to gain cancellation of the B-1 in 1977 and raise the visibility of the concept of economic conversion. He was director of A Quaker Action Group when it assisted Puerto Rican nationalists in stopping the U.S. Navy from using the inhabited island of Culebra for target practice. He was also a founder of Men Against Patriarchy, which organized pioneering projects for the early men’s anti-sexism movement of the mid-’70s.

Subcomandante Marcos is the high profile, pipe-smoking spokesperson of Mexico’s Zapatista National Liberation Army (EZLN). In 1994 the Zapatistas (the name pays tribute to revolutionary hero Emiliano Zapata) led a rebellion in the Mexican state of Chiapas, fighting for the rights of indigenous peoples and opposing the global economic policies of the ruling Institutional Revolutionary Party (PRI) and the United States.  The Zapatista uprising began the day NAFTA (the North American Free Trade Agreement) went into effect.  Marcos and the Zapatistas have played a leading role in reuniting social movements around the world.  The Zapatistas have developed and experimented with left organizing rooted in building popular democratic organizing in Chiapas and they have called on others around the world to come together and work against neo-liberalism and for humanity.  Marcos has written over 200 essays and published over a dozen books. 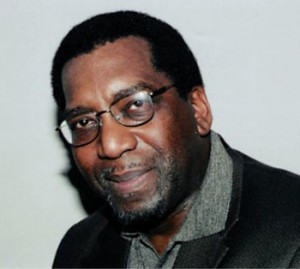 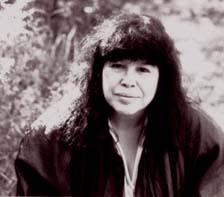 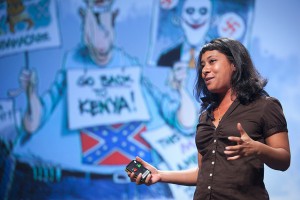