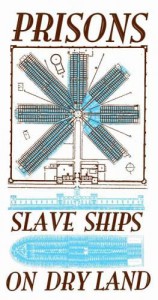 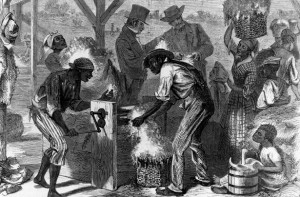 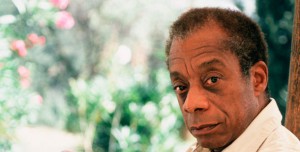 James Baldwin was a major twentieth century American author, a Civil Rights activist and, for two crucial decades, a prophetic voice calling Americans, Black and white, to confront their shared racial tragedy. Baldwin, an African American gay man, wrote six novels, three plays, a children’s storybook, a book of short stories, and some 100 essays. Baldwin was born in Harlem, New York City, as the son of a domestic worker and was brought up in poverty. When he was three, his mother married a factory worker and storefront preacher. After graduation from high school, he worked in several ill-paid jobs and started his literary apprenticeship. His novels include Go Tell It on the Mountain, Giovanni’s Room, and Another Country.  Baldwin expatriated to Europe because of racism and homophobia in the United States. He returned the U.S. to get involved in the Civil Rights movement and wrote dozens of essays about and to the movement.  His book The Fire Next Time was a major contribution to the growing Black Power movement.  His political insights to the freedom movement are reflected in his letter to Angela Davis when she faced state repression:

We know that we, the Blacks, and not only we, the blacks, have been, and are, the victims of a system whose only fuel is greed, whose only god is profit. We know that the fruits of this system have been ignorance, despair, and death, and we know that the system is doomed because the world can no longer afford it—if, indeed, it ever could have. And we know that, for the perpetuation of this system, we have all been mercilessly brutalized, and have been told nothing but lies, lies about ourselves and our kinsmen and our past, and about love, life, and death, so that both soul and body have been bound in hell.
The enormous revolution in black consciousness which has occurred in your generation, my dear sister, means the beginning or the end of America. Some of us, white and Black, know how great a price has already been paid to bring into existence a new consciousness, a new people, an unprecedented nation. If we know, and do nothing, we are worse than the murderers hired in our name.
If we know, then we must fight for your life as though it were our own—which it is—and render impassable with our bodies the corridor to the gas chamber. For, if they take you in the morning, they will be coming for us that night.

Dan Berger is “Assistant Professor of Comparative Ethnic Studies at the University of Washington Bothell. His work on race, prisons, media, and American social movements has appeared widely in popular and scholarly journals … Berger is also the author or editor of Letters From Young Activists, Outlaws of America: The Weather Underground and the Politics of Solidarity, and The Hidden 1970s: Histories of Radicalism. A longtime activist, Berger is a cofounder of Decarcerate PA.” – PM Press 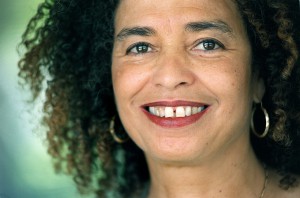 Angela Davis is Professor of History of Consciousness Emerita at the University of California, Santa Cruz.  Over the last thirty years, she has been active in numerous organizations challenging prison-related repression.  Her advocacy on behalf of political prisoners led to three capital charges, sixteen months in jail awaiting trial, and a highly publicized campaign then acquittal in 1972.  In 1973, the National Committee to Free Angela Davis and All Political Prisoners, along with the Attica Brothers, the American Indian Movement and other organizations founded the National Alliance Against Racist and Political Repression, of which she remained co-chairperson for many years.  In 1998, she was one of the organizers of the historic Berkeley conference “Critical Resistance: Beyond the Prison Industrial Complex” and since that time has served as convener of a research group bearing the same name under the auspices of the University of California Humanities Research Institute. Angela is the author of many books, including Women, Race and Class, and Prisons and Democracy. 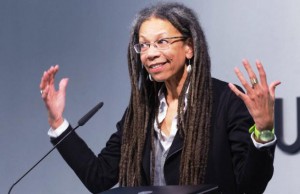 Ruth Wilson Gilmore, “Professor of Geography [at the City University of New York], is known as an activist as well as an intellectual and is currently president of the American Studies Association (ASA) … Gilmore’s wide-ranging research interests also include race and gender, labor and social movements, uneven development, and the African diaspora … She also works regularly with community groups and grassroots organizations [including co-founding Critical Resistance].” – CUNY

Dr. Vincent Harding was deeply connected with Dr. Martin Luther King, Jr., as a friend and colleague. He also served as an elder brother and advisor to many of the members of SNCC (The Student Non-violent Coordination Committee). His social activism has deep spiritual roots in the Mennonite tradition and the Black church. Dr. Harding as been one of the chroniclers of the civil rights movement as a participant, an historian, and social observer. He and his late wife Rosemarie were senior consultants to the “Eyes of the Prize” documentary film project. In 1997, the Hardings founded the Veterans of Hope Project to encourage a healing, centered, intergenerational approach to social justice activism that recognizes the interconnectedness of spirit, creativity, and citizenship.

Ewuare X. Osayande is a political activist, poet and author of more than eleven books including his latest works Black Anti-Ballistic Missives: Resisting War/Resisting Racism and Misogyny and The Emcee: Exposing the Exploitation of Black Women in Hip Hop. He is the co-founder of POWER, a grassroots initiative in Philadelphia that educates and empowers participants to fight and resist oppression. More at osayande.org.

Dr. Lydia Potts teaches political science, intercultural education and women’s and gender studies at the University of Oldenburg in Germany. She directs the working group Migration-Gender-Politics. Her main fields of research are global migration and gender, migrant families, migration and ageing, and travel literature by women. 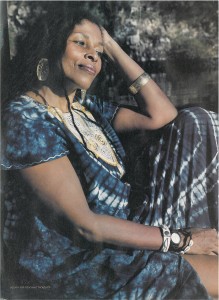 Assata Shakur in her own words: “My name is Assata (‘she who struggles’) Shakur (‘the thankful one’), and I am a 20th century escaped slave. Because of  government persecution, I was left with no other choice than to flee from the political repression, racism and violence that dominate the US government’s policy towards people of color. I am an ex political prisoner, and I have been living in exile in Cuba since 1984. I have been a political activist most of my life, and although the U.S. government has done everything in its power to criminalize me, I am not a criminal, nor have I ever been one. In the 1960s, I participated in various struggles: the black liberation movement, the student rights movement, and the movement to end the war in Vietnam. I  joined the Black Panther Party. By 1969 the Black Panther Party had become the number one organization targeted by the FBI’s COINTELPRO program. because the Black Panther Party demanded the total liberation of black people, J. Edgar  Hoover called it “greatest threat to the internal security of the country” and  vowed to destroy it and its leaders and activists … In 1977, I was convicted by an all- white jury [of murder stemming from a shoot-out in which she was unarmed] and sentenced to life plus 33 years in prison. In 1979, fearing that I would be murdered in prison, and knowing that I would never receive any justice, I was liberated from prison, aided by committed comrades who understood the depths of the injustices in my case, and who were also extremely fearful for my life.” – AssataShakur.org. 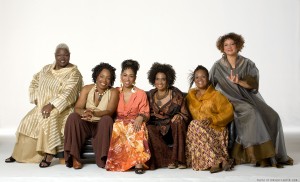 Sweet Honey in the Rock is an  all-woman, African-American a cappella ensemble. They are an American Grammy Award-winning … troupe who express their history as women of color through song … Sweet Honey in the Rock was founded in 1973 by Bernice Johnson Reagon … [she] retired from the group in 2004. The name of the group was derived from a song, based on Psalm 81:16, which tells of a land so rich that when rocks were cracked open, honey flowed from them … On June 22, 2010, Sweet Honey released “Are We A Nation?,” their response to Arizona’s controversial immigration law, SB-1070 and joined The SOUND STRIKE boycotting performances within Arizona in protest of the law.Sweet Honey in the Rock, 2010

Malcolm X was born Malcolm Little in Omaha, Nebraska. His father, Earl, a Baptist minister and follower of the Black Nationalist Marcus Garvey, was under continuous threat by the Ku Klux Klan. The family moved to Lansing, Michigan, where their house was burned by white racists in 1929, and, in 1931, Earl was murdered. The top student and only Black in his eighth grade class, Malcolm dropped out of school after his teacher told him that a “n_____” could never become a lawyer — his dream. He went to Boston to live with his sister Ella, became a street hustler and in 1946 he was arrested and sentenced to 10 years. While in prison, he began a period of education and self-transformation. He joined The Nation of Islam. He took “X” as his last name, signifying his unknown African tribal name that had been lost when his family was given the slave name “Little.” After his parole in 1952, Malcolm X became a brilliant and charismatic speaker, building the Nation of Islam from 400 to 30,000 members. In 1964 Malcolm broke with the Nation and formed the Organization of Afro-American Unity. Journeying to Mecca, he took the name El-Hajj Malik El-Shabazz, and began speaking of international Black consciousness and integration rather than racial separatism. His change of views targeted him for assassination by some members of the Nation of Islam. While preparing to speak in a Harlem ballroom on February 21, 1965, Malcolm X was shot and killed by three assassins from the Nation of Islam. The NYPD and FBI, which had Malcolm X under surveillance, may have played a role in his death.