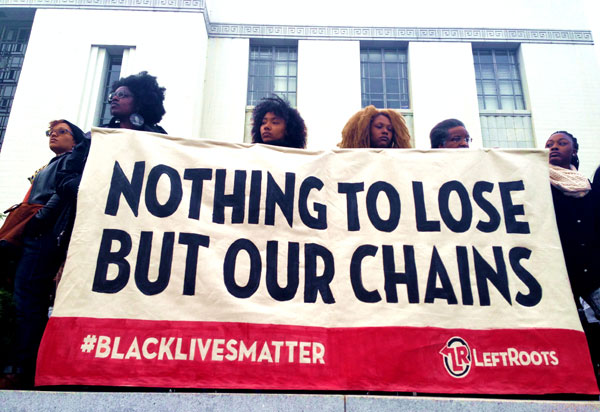 LeftRoots banner at a #BlackLivesMatter demonstration 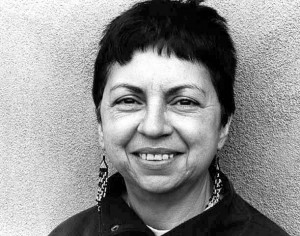 Gloria Anzaldúa (1942 – 2004) was a Chicana lesbian feminist writer, poet, scholar and activist.  She was born in the Rio Grande Valley of south Texas; at 11, her family relocated to Hargill, Texas. Despite the racism, sexism, and other forms of oppression she experienced growing up as a sixth-generation Tejana, as well as the death of her father when she was fourteen, Anzaldúa succeeded in getting a college education and she worked as a schoolteacher before going to Austin to obtain her M.A. in comparative literature at the University of Texas, Austin. In 1977 she moved to California where she supported herself through her writing, lectures, and occasional teaching stints. She has made contributions to the definition of “feminism” and has contributed to the field of cultural theory/chicana and queer theory. One such contribution was her introduction to United States academic audiences of the term mestizaje, meaning a state of being beyond binary (“either-or”) conception, into academic writing and discussion. In her theoretical works, Anzaldúa calls for a “new mestiza,” which she describes as an individual aware of her conflicting and meshing identities and uses these “new angles of vision” to challenge binary thinking in the Western world.

The Combahee River Collective was an important Black feminist group that began in 1974 as the Boston chapter of the National Black Feminist Organization (NBFO), founded in 1973.  The name was inspired by a river in South Carolina where Harriet Tubman had mounted a military campaign during the Civil War to free 750 slaves.  In 1977, three members of the collective – Barbara Smith, Beverly Smith, and Demita Frazier – wrote a statement documenting the activities of the collective and articulating their philosophies.  Their Black Feminist Statement has been widely published, distributed, and read.  It is considered a landmark in the development of intersection of oppression analysis and women of color feminism. 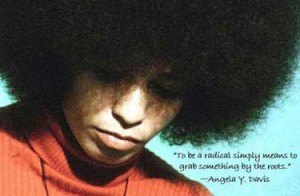 Angela Davis is a professor of history of consciousness at the University of California, Santa Cruz.  Over the last thirty years, she has been active in numerous organizations challenging prison-related repression.  Her advocacy on behalf of political prisoners led to three capital charges, sixteen months in jail awaiting trial, and a highly publicized campaign then acquittal in 1972.  In 1973, the National Committee to Free Angela Davis and All Political Prisoners, along with the Attica Brothers, the American Indian Movement and other organizations founded the National Alliance Against Racist and Political Repression, of which she remained co-chairperson for many years.  In 1998, she was one of the twenty-five organizers of the historic Berkeley conference “Critical Resistance: Beyond the Prison Industrial Complex” and since that time has served as convener of a research group bearing the same name under the auspices of the University of California Humanities Research Institute.   Angela is the author of many books, including Prisons and Democracy.

Generation Five is an anti-violence organization that recognizes that our goal of ending child sexual abuse cannot be realized while other systems of oppression are allowed to continue. In fact, systems of oppression and child sexual abuse have an interdependent relationship: a power-over system that benefits some at the expense of others and uses violence, creates the conditions for child sexual abuse (i.e. gender inequality, class exploitation, racism, violence and threat for difference), while in turn the prevalence of child sexual abuse fosters behaviors (obedience to authority, silence, disempowerment, shame) that prevent people from organizing effectively to work for liberation, healing and change systemic forms of violence.  Started in 1999 by Staci Haines, Gillian Harkins, and Sara Kershnar, the goal of generation FIVE is to end childhood sexual assault in five generations.

bell hooks, born on September 25, 1952, is an African-American author, feminist, and social activist.  Her writing has focused on the interconnectivity of race, class and gender and their ability to produce and perpetuate systems of oppression and domination.  She has published over thirty books and numerous scholarly and mainstream articles, appeared in several documentary films and participated in various public lectures.  Primarily through a postmodern female perspective, she has addressed race, class, and gender in education, art, history, sexuality, mass media and feminism. 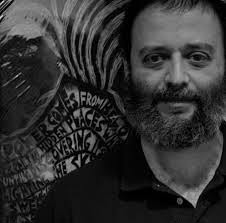 Ricardo Levins Morales began drawing pictures of chickens on the small Puerto Rican farm where he spent his childhood. Raised in the anti-colonial movement, he absorbed critical politics along with the sun, rain, and rhythms of his homeland. He experienced adolescence in Chicago at a time of political ferment. He was active in the movement to end the war against Viet Nam as well as in support of the Black Panther Party, the Puerto Rican Young Lords, school strikes, and community struggles. He drew his first leaflet for a Black Panther fundraiser … He became involved with the labor movement during a union organizing drive at the Boston hospital where he worked as a janitor. In 1979, joining with other activist artists, he helped found the Northland Poster Collective which sought to link artists with social justice organizing. During this time he was involved in environmental organizing with mobilized small farmers in central Minnesota, support for the resistance to the Chilean dictatorship, and in producing concerts with political Latin American musicians … Ricardo considers himself an organizer as much as an artist and emphasizes building organic relationships with the movements and communities for whom he produces art. More at ricardolevinsmorales.com. 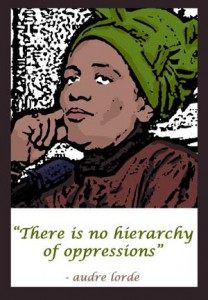 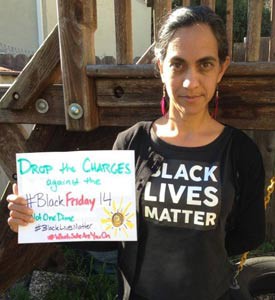 Michelle Mascarenhas-Swan is the Staff Co-Director of Movement Generation in Oakland.  “She organized community groups in South Los Angeles and family farmers from across California to forge model programs and policy campaigns to shift power in the food system … After moving to the San Francisco Bay Area, Michelle served as co-director of the School of Unity and Liberation from 2005-2008 before joining Movement Generation. She has a M.A. in Urban Planning from UCLA and grew up in Southern California. Michelle is now setting roots in Berkeley where she gardens with the extended Movement Generation family” – Movement Generation 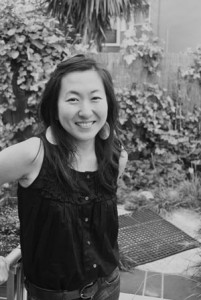 Mia Mingus “is a writer, community educator and organizer working for disability justice and transformative justice responses to child sexual abuse. She is a queer physically disabled Korean woman transracial and transnational adoptee, born in Korea, raised in the Caribbean, nurtured in the U.S. South, and now living in Northern California … [She] is a core-member of the Bay Area Transformative Justice Collective (BATJC), a local collective working to build and support transformative justice responses to child sexual abuse that do not rely on the state (i.e. police, prisons, the criminal legal system) … Most of her writings can be found on her blog, “Leaving Evidence”, as well as Make/Shift, Dear Sister: Letters from Survivors of Sexual Violence, Criptiques,  Octavia’s Brood: Sci-Fi from Social Movements and the forth-coming The Wind is Spirit: A Bio/Anthology of Audre Lorde.” – Leaving Evidence 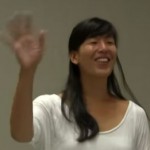 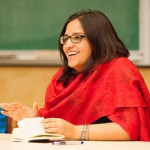