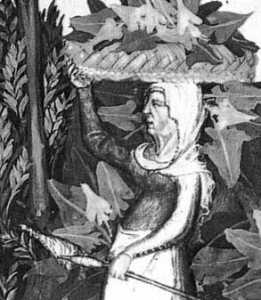 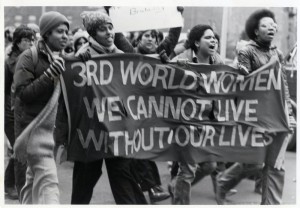 Member of the Combahee River Collective join a march to protest the murders of black women, Boston, 1979. [Photo: LOC]

Marlon M. Bailey earned a PhD in African Diaspora Studies with a designated emphasis in women, gender, and sexuality at University of California-Berkeley. “He is Associate Professor of Gender Studies and American Studies at Indiana University. He is also an accomplished actor, director, and performance artist. He has performed at professional theatres in San Francisco, Washington DC, Louisville, Minneapolis, and Detroit. He most recently performed a piece based on his new research entitled, ‘Exploring Black Queer Sex, Love, and Life in the Age of AIDS’ … Dr. Bailey is also on the Board of Directors of Brothers United, a Black gay HIV/AIDS prevention agency in Indianapolis. He is also a member of the Black Sexual Economies Working Group.” More on his faculty page. 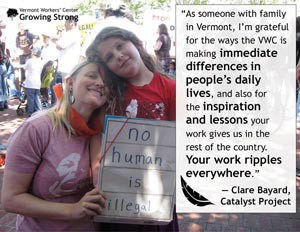 Clare Bayard is an organizer and trainer with the Catalyst Project. Clare has played a lead role in forging alliances between mostly white global justice and anti-war groups with immigrant-led economic and racial justice organizations. As a member of Catalyst, Clare has served on the national committee of the War Resisters League supporting counter-military recruitment and G.I. resistance organizing.  Clare works closely with Iraq Vets Against the War and has written widely on G.I. resistance and anti-war organizing.  Clare worked for many years with Food Not Bombs and was a participant in the Mission Anti-Displacement Coalition fighting against gentrification and for community power in community planning. Clare played a leading role in building relationships between Food Not Bombs and the Day Labor Program and Coalition on Homelessness. Clare was a member of the anti-racist/anti-imperialist Heads Up Collective in the Bay Area that bridged organizing for economic and racial justice with global justice and anti-war organizing. 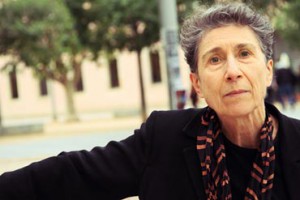 Silvia Federici is an Italian feminist, co-founder of the Committee for Academic Freedom in Africa and the Radical Philosophy Association’s Anti-Death Penalty Project. She is Professor Emerita at Hofstra University in New York. She is a leading autonomist Marxist scholar. Caliban and the Witch expands on study done with Leopoldina Fortunati, and builds off the work of Mariarosa Dalla Costa and Selma James of the Wages for Housework campaign.  Federici lived for three years in Nigeria where a campaign of misogyny accompanying the attack on communal lands under the direction of the ‘structural adjustment plan’ enabled her to understand the adjusting structures of European capitalism at its violent beginnings. More on her Facebook page. 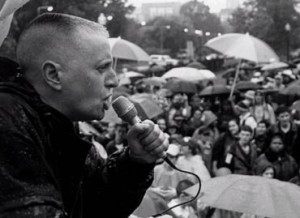 Leslie Feinberg (September 1, 1949 – November 15, 2014) came of age as a young butch lesbian in the factories and gay bars of Buffalo, N.Y. in the 1960s. Ze is known in the lesbian, gay, bisexual and transgender movements in the U.S. and countries around the world as a grass roots activist and a journalist.  Feinberg is author of Transgender Warriors, Trans Liberation and Stone Butch Blues.
S/he is well known in the U.S. and many other parts of the world as an activist who worked to help forge a strong bond between the lesbian, gay, bisexual and trans communities.  As a trade unionist, anti-racist and socialist, Feinberg also organized to build strong bonds of unity between these struggles and those of movements in defense of oppressed nationalities, women, disabled, and the working-class movement as a whole. Feinberg worked for more than three decades in defense of the sovereignty, self-determination and treaty rights of Native nations and for freedom of political prisoners in the U.S.  Ze was a committed internationalist and part of the anti-Pentagon movement since the U.S. war against Vietnam. More at Wikipedia. 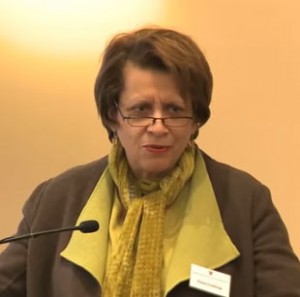 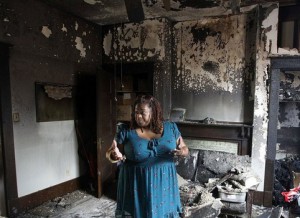 Deon Haywood is Executive Director of Women with a Vision in New Orleans, “founded in 1991 by a grassroots collective of African American women in response to the impact of HIV/AIDS in communities of color … Since their inception, the organization’s major focus areas have grown to include Sex Worker Rights, Drug Policy Reform, HIV Positive Women’s Advocacy, and Reproductive Justice outreach … the organization has seen continued community and policy level success, especially with the ‘NO Justice Project. Haywood oversaw this successful campaign to end the 203-year-old Louisianan ‘Crime Against Nature’ (CAN) law in March of 2012.” – Winnovating 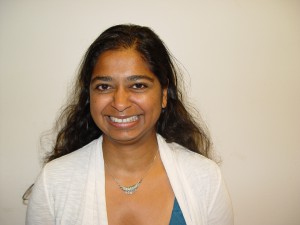 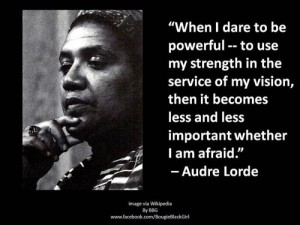 Mattie Udora Richardson (b. 1969) is a writer, activist, and professor. Her work has appeared in a variety of anthologies, including Every Woman I’ve Ever Loved: Lesbian Writers on Their Mothers, Does Your Mama Know: Black Lesbian Coming Out Stories, Sisterfire Black Womanist Fiction and Poetry, and This Is What Lesbian Looks Like: Dyke Activists Take on the 21st Century. She is a former associate editor at Kitchen Table Women of Color Press. “I publish under Mattie Richardson, sometimes Mattie U. or sometimes Mattie Udora. I’m named after both of my grandmothers and even though I go by Matt Richardson I give honor to them by making sure that everything that I publish uses my full name or at least my middle initial so that they both are acknowledged as a source.” More at themagicmakers. 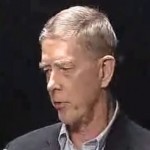 Chip Smith interviewd on The Battle for Progressive Media

Sunaura “Sunny” Taylor is an artist living in Oakland, CA. Her website is sunaurataylor.org. 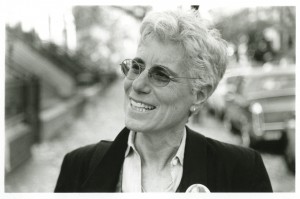 Laura Whitehorn, an anti-imperialist activist, served nearly 15 years in prison for militant actions against U.S. policies during the 1980s. For many years before that, she was active in a variety of radical organizations, including the Weather Underground and the John Brown Anti-Klan Committee. Released from prison in 1999, she lives in New York City with her partner, Susie Day. Whitehorn was an editor at POZ magazine, a national source of information and news about HIV, and works with other activists in the New York State Taskforce for the Release of Political Prisoners.