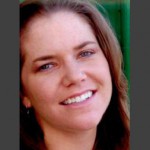 Elizabeth (Beth) Castle is Co-Director and Producer at Warrior Women in Sioux Falls SD. Previously she served as Assistant Professor of American Indian Studies at the University of South Dakota. Leaving her cushy job as an academic UC Berkeley, at the encouragement and insistence of Madonna Thunder Hawk, she has joined the front lines of Indian academia and activism. Her book Women Were the Backbone, Men Were the Jawbone: American Indian Women’s Activism in the Red Power Movement was published by Oxford University Press. In 2001 she served as delegate for the Indigenous World Association at the United Nations World Conference Against Racism in Durban, South Africa. Described as the “indigenous hillbilly” she takes pride in being a descendent of accused traitors and resistors to colonization from a mixed family of Shawnee women and European immigrant men. Not wishing to be a part of the practice of trading on Native heritage to obtain academic positions, she is content to fight the good fight as a comrade, ally, or secret weapon.  The heart of her work concerns communicating the priorities of indigenous communities to public institutions and creating transformative social change in response to colonization.

Roxanne Dunbar-Ortiz is a longtime activist, university professor, and writer. Her most recent book (2014) is An Indigenous Peoples’ History of the United States. In addition to numerous scholarly books and articles she has published a trilogy of historical memoirs, Red Dirt: Growing Up Okie, Outlaw Woman: A Memoir of the War Years, 1960–1975, and Blood on the Border: a Memoir of the Contra War. Roxanne Dunbar-Ortiz grew up in rural Oklahoma, daughter of a landless farmer and half-Indian mother. Her paternal grandfather, a white settler, farmer, and veterinarian, had been a labor activist and Socialist in Oklahoma with the Industrial Workers of the World in the first two decades of the twentieth century. The stories of her grandfather inspired her to lifelong social justice activism.  She was a leading member of the Women’s Liberation and anti-war movements of the 1960s and 1970s.  She worked with the American Indian Movement and continues to struggle for indigenous self-determination and land. More on her own website, www.reddirtsite.com.

Morning Star Gali  (member of the Ajumawi band of the Pit River Tribe in Northeastern California).  Born at the AIM for Freedom Survival School, she was immersed into the Bay Area Indian Community and spent her childhood years attending Hintil Kuu Ca, which originated as the cultural school during the Indians of All Tribe’s takeover of Alcatraz.  She worked for a number of Bay Area Indigenous organizations over the past 10 + years and has been an active community organizer volunteering in the efforts to protect sacred places such as the the Medicine Lake Highlands.  For two years she served as Board Chairperson for the Intertribal Friendship House and currently serves as Vice-Chairperson for Pit River Health Services, Inc.
She works as the Assistant Tribal Historic Preservation Officer and Cultural Information Officer for the Pit River Tribe. For the past 3 years she worked as the Community Outreach Liaison for the International Indian Treaty Council, working for the Sovereignty and Self Determination of Indigenous Peoples and the recognition and protection of Indigenous Rights, Treaties, Traditional Cultures and Sacred Lands. She is a rotating host on KPFA 94.1’s Bay Native Circle. She is the proud mother of 3 children.” 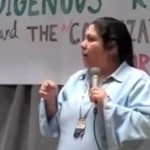 Corrina Gould is a Chochenyo and Karkin Ohlone woman, born and raised in Oakland, CA. She is co-organizer of Indian People Organizing for Change (IPOC). Her current focus includes creating an Ohlone land trust within the urban setting of her ancestral territory in the Bay Area. She also works full time at the American Indian Child Resource Center, where she assists in directing an after school program that provides services for Native students in Oakland. Gould also sits on the California Indigenous Environmental Association Board and the Board of Directors for the Oakland Street Academy Foundation. 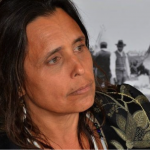 Winona LaDuke  (Anishinaabe) is an author, orator and activist. A graduate of Harvard and Antioch Universities with advanced degrees in rural economic development, LaDuke has devoted her life to protecting the lands and life ways of Native communities. LaDuke is founder and Co-Director of Honor the Earth, where she works nationally and internationally on issues of climate change, renewable energy, sustainable development, food systems and environmental justice. In her own community in northern Minnesota, she is the founder of the White Earth Land Recovery Project … and a leader on the issues of culturally-based sustainable development strategies, renewable energy and food systems. In this work, LaDuke also works to protect Indigenous plants and heritage foods from patenting and genetic engineering. LaDuke served as Ralph Nader’s vice-presidential running mate on the Green Party ticket in the 1996 and 2000 presidential elections. 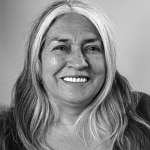 Lee Maracle, of the “Sto: Lo nation, grandmother of seven, mother of four, was born in North Vancouver, B. C. and now resides in Ontario. Her works include the novels Ravensong, Bobbi Lee, Sundogs, Daughters are Forever, and Will’s Garden; the short story collection, Sojourner’s Truth; the poetry collection, Bent Box; and non-fiction work I Am Woman. She is co-editor of My Home as I Remember and Telling It: Women and Language across Cultures; editor of a number of poetry works and Gatherings journals; and has published in dozens of anthologies in Canada and America. Ms. Maracle is a both an award winning author and teacher. She is currently Aboriginal Writer-in-Residence for First Nations House.” – Diaspora Dialogues

Andrea Smith “is an American academic, feminist, and activist against violence. Smith’s work focuses on issues of violence against women of color and their communities, specifically Native American women. A co-founder of INCITE! Women of Color Against Violence, the Boarding School Healing Project, and the Chicago chapter of Women of All Red Nations, Smith has based her activism and her scholarship on the lives of women of color and long claimed to be Cherokee. Formerly an assistant professor of American Culture and Women’s Studies at University of Michigan in Ann Arbor, Michigan, Smith is an associate professor in the Department of Media and Cultural Studies at University of California, Riverside.” –Wikipedia 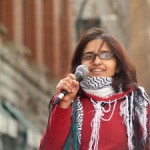