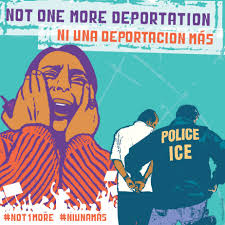 The Trump administration has promised ICE raids in the Bay Area in the near future. While we can’t be sure they will happen, immigrant justice organizations and their allies are preparing rapid response systems to defend immigrant communities if they do. Below are some immediate steps you can take to get plugged in to rapid response.

As ICE has been targeting immigrant community leaders around the country, we’ve also included information about campaigns to free them and steps you can take to support.

ICE has also been deliberately targeting immigrant community activists who are fighting for immigrant justice reform.  This type of political repression is meant to immediately disrupt organizations and movements by taking leadership away, and also to discourage any undocumented people from speaking up for fear of deportation.  As we wrote in our resisting state repression pamphlet, guaranteeing strong support and defense for people who are politically persecuted is crucial to making sure that others will continue to speak and act boldly.  Here are some of the community leaders who have been targeted and some ways you can support them:

The administration is targeting sanctuary cities for raids, and movement leaders for deportations, to try to stifle the growing and beautiful migrant justice movement. Let’s make sure it backfires. If they come for the Bay, we’ll see you in the streets.

With love and rage,
Dylan Cooke
On behalf of the Catalyst Collective